Like the vast majority of medium-sized cities in Spain, Donostia/San Sebastián has a strategic plan in place which will enable it to face the future in the best possible way.

The main incentive for implementing a strategic planning process is to answer to the need to react properly to problematic situations (mainly an economic crisis or standstill).
Generally speaking, crisis situations are not the main reason for addressing these processes in our context. Instead, the incentive is has more to do with finding public-private partnerships, a desire to coordinate action, continuous improvement or an interest in promoting processes of revitalisation.

For anticipate the future

A strategic plan responds to the need for cities for anticipate the future. The key therefore lies in the answer to these questions: Where do we want to go to? What kind of city do we want in the future?
After establishing a strategy - in other words, the model of the city that we want to be - each and every one of us must pull in the same direction to reach our desired goal.

E2020DSS, Donostia/San Sebastián's Strategy in the run up to 2020, did not start from scratch but instead considered the 2010 Strategic Plan which involved a strategic shift towards a new model of city that is much more geared towards innovation and knowledge.

As outlined in the 2010 Strategic Plan, the first plan was reviewed and assessed with a view to drafting a new frame of reference for 2010-2020. This paved the way for the city's second strategic plan, E2020DSS, which started to take shape between late 2008 and early 2009, in the grip of the crisis.

The first strategic plan was deemed to be complete after its progress and journey had been evaluated positively, thereby justifying a second plan which would continue the work that had been carried out so far.

The E2020DSS Strategic Plan was therefore conceived as a dynamic document which adapts to change and is a continuation of the city model which featured in the first plan. The new strategy must refocus on any aspects which have not been properly developed, and also further explore those which were reflected insufficiently in the first plan.

The E2020DSS strategy is based on four strategic areas:

Innovation, Science, Knowledge, Creativity, Culture, Gastronomy. The city has gradually carved out a new brand associated to knowledge and innovation as activities of the future.

The city of the future needs people like those who have made the city of the present a reality. Citizens who are responsible, active and trained to achieve global, changing evolution, which is only possible by means of strong values and social capital. Citizens who cooperate, who organise themselves, who lead the way in a life without violence and projects and who open the way to permanent, sustainable development.

Thinking globally, in a world without borders, in order to be able to take action locally, but also thinking locally in order to act globally, on an open stage.

The city needs to be “connected” to that international stage, but also to its metropolitan environment by constructing an “intelligent collaboration”.

Quality of life has in the city one of its leading exponents, but a number of important challenges need addressing: balanced development, sustainability, trade and community services, connectivity, access to housing, leisure... not forgetting the opportunity to continue addressing urban innovation as the distinguishing feature of a city that has been capable of reinventing itself. 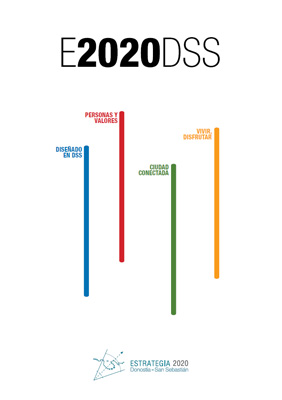 The 2004-2010 Strategic Plan for Donostia/San Sebastián involved a great deal of consideration as to the model for the city that we wanted at that time, and this period of reflection lasted over two years.

It was a turning point which enabled us to define, prioritise and achieve the objectives, strategies and projects that were to be undertaken in Donostia/San Sebastián in the medium term in order to improve the quality of life of its citizens, boosting socio-economic development and social cohesion.

The Strategic Plan involved the participation of hundreds of people and established four strategic areas which provided the foundation for the city model:

A series of objectives, courses of action and projects for advancement were established based on the four strategic areas. 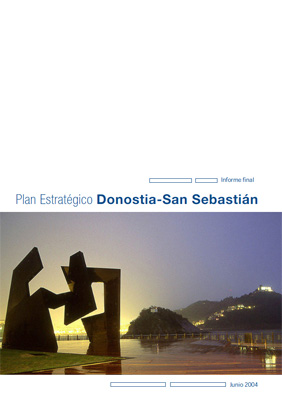